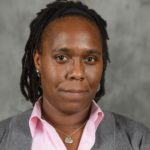 2014 Promise Prize Scholar, Bronx Community College. Stephanie is pursuing a degree in film. She was a finalist at the 27th Annual United States Super 8 mm Film + Digital Video Festival for her award winning film, Wake Up. When not in the classroom,  Stephanie save lives on the streets of Queens, NY as an Emergency Medical Technician. In the future Stephanie hopes to embark on a new career in marketing and advertising, that will combine her love of film and advertising.